It’s a small world after all: A Disney “Animators’ Collection” review

The first time I went to Disneyland I was already grown up and I didn’t yet know I was a doll collector. My favorite ride of all–even over Pirates of the Caribbean and the Haunted Mansion–was It’s A Small World. I loved all the different dolls, how they were all the same and yet all completely different. I loved how the basic doll form was embellished with different hair, skin tone, eye shape, costume, and language to make it Chinese, Hawaiian, Mexican, Dutch, or even Mer-person! I thought there was so much creativity expressed in this simple, yet lavish ride. And I was genuinely moved by all those audio-animatronic dolls dancing and singing the well known song. It really gave me the feeling of being part of one big global family. I felt a little embarrassed at first to admit it was my favorite ride, particularly because of the much-teased song. After all, it isn’t exactly cool to enjoy floating along on a little boat watching a bunch of dolls sing the same song over and over and over again. Yet I was also excited to discover another part of my individuality. Now, of course, it all makes perfect sense! Little did I know then that I would end up collecting play dolls, which are, like the animatronic dolls in the theme-park ride, infinite variations on a simple theme.

Last weekend my husband and I were visiting an urban area, and we took the opportunity to visit a couple of large toy stores. I’ve been reading a little about Disney dolls lately on a couple of different blogs, and I was curious to step into a Disney store again (I haven’t been in one for at least ten years). I’ll state right here that as a collector of high-quality play dolls I am a bit put off by the gaudy bright plastic-y-ness of many of the popular brands of play dolls, including Disney products. After looking at the sweet, simple faces of my girls for so long, it is rather shocking to behold enormous painted-on eyes, outrageous makeup, and, well, to put it gently, enhanced figures. I was a little disappointed by the cheapness of the products in the Disney store. Even the plush animals seemed to be of a lower grade than I remembered. I did think the cloth “rag doll” style princess dolls were a nice idea. But with sewn-on dresses, they didn’t have much play value.

We did find ourselves drawn to one large display, though. Being completely out of the Disney loop, I had never even heard of the “Animators’ Collection” (larger, toddler-style versions of the various Disney characters). What did we find but a display of 16-inch “It’s A Small World” dolls beaming their friendly smiles at us! Not only can you choose from eight of the different cultures represented on the ride, but these dolls even sing the chorus of “It’s a small world” when you press their bellies, alternating between English and their native language! Now that’s pretty cute! We listened to each of the dolls in turn, and eventually decided that the yellow-haired lisping little Dutch girl had to come home with us, where she could cheer us with her sunny smile and adorable voice. So here is a review of this refreshingly charming little doll:

Here’s our little Dutch girl as she arrives in her decorative box.

And here are some side views showing the details of the pretty packaging, reminiscent of the ride:

The back of the box talks a little bit about the “Animators’ Collection”:

Now let’s open the box and get a better view of our little Dutch girl. Here she is, removed from the box but still attached to the insert:

Isn’t she cute? And she sings!

And here she is, after having been painstakingly removed from all the wire ties. (During her unboxing she kept cheerfully singing each time I accidentally touched her button, until I discovered the on/off switch on her side).

Let’s take a closer look. Here she is with her arms up…

On this soft picnic blanket and grass she needed help standing. The doll herself has a very large head, an adorably plump belly (where her voice button is located), and rather small feet, so even with her large Dutch shoes we had difficulty getting her to balance on her own. I took her plastic shoes off right away and discovered a pair of particularly adorable little feet:

Look at those toes!

I’m especially enthusiastic about the dolls in my collection with beautiful hands and feet, so I’m pleased that this relatively inexpensive doll can join that special group! I frankly didn’t expect this level of detail from Disney, especially for this price! At first I was even worried that her shoes might not come off at all!

She also has beautiful hands, and as you can see, the right hand is different from the left. Here’s the right hand, where the first two fingers are connected:

Look at my pretty hands!

And here’s the left, where the middle two fingers are joined:

I love this difference–it makes her even more special. She has an especially pretty fair complexion–“rose leaf” I think Anne of Green Gables might call it.

Moving on, let’s look at her dress. I was impressed again by the level of detail in her outfit. I especially love the eyelet sleeves and the lace edging on the hem of the skirt.

Such pretty sleeves, and rich colors, too!

Here’s the back of the dress. It closes in the back with velcro, so it is completely removable, which means she could be changed if she had an alternate outfit made for her. I haven’t yet tried to take her dress off, but it doesn’t look like it would be challenging for a child. (Her yellow braids are enclosed by ribbons that close with velcro instead of being tied with bows, which would have been nicer):

And here is a picture of her shoes. They are made from solid yellow molded plastic, and slip easily on and off her pretty feet:

Wood would have been better, but hey…

By now, you’re probably wondering what our little Dutch girl can do besides sing, so we’ll have her sit down:

Because of the angle of her hip joints, she can only sit in the side-splits position, which is rather awkward. Also, because her bottom is small and she is top heavy, she has a hard time staying upright in this position. At least her dress covers her lap.

She can also tilt her head, though the range of movement is very limited:

So her five joints give her some limited poseability. Now, let’s take her lacy white hat off. Unfortunately it’s attached with plastic ties (yuck!) which have to be carefully snipped, and once the hat has been detached, it doesn’t stay on her slippery-smooth hair very well (there was some tissue paper wadded up in the point to make it poke up more stiffly too). Here she is bare-headed:

Isn’t she sweet? She has glued on black bristle lashes (rather heavy for such a fair person, I’d say?) in addition to her generous eye-painting, Disney’s specialty (she has painted on lashes too!). She has a cute little profile and rosy cheeks:

Did someone say eye make-up?

Her face isn’t exactly the same as the dolls from the ride, from what I can tell, but rather has been done-up a bit (to say the least) to make her more appealing. I do really appreciate the simplicity of her smile–no big painted on lips!

I can’t help it: she makes me smile!

On to her hair. I’m sure you’ve noticed by now that it isn’t blond but bright yellow! Buttercups, canaries and bananas all come to mind when I look at her hair. It’s very gaudy and fake-looking, but oddly enough, there’s something charming about it anyhow. I was glad to find it is rooted pretty thickly all over her head, suggesting that her hair can actually be re-styled (I wasn’t expecting this much!). The hair itself is pretty cheap quality, needless to say. The only really odd thing (besides the color) are the two extra clumps of hair woven into her braids. They cross her head at the bottom and are in no way attached to her head. All I can figure is they were trying to “ploof” up her braids quite a bit. But wouldn’t it be disturbing for a little girl to take down her hair only to have whole clumps of it fall out?

Luckily, I checked underneath her hair “pieces” and found that her regular hair is rooted across the area, so she won’t have a bald patch.

Now let’s take a quick peak beneath her dress (she won’t mind). She doesn’t have real panties, but painted-on blue ones. It would have been more in keeping with the detail of her dress for her to have real bloomers. Oh well. Anyway, there’s her large “belly button”–no need to worry about finding it! And you can see the speaker area on her chest (a little weird, but I’m not used to these things).

Her battery compartment is in her back:

I didn’t take a picture of it, but she has a tiny on/off switch on her side. It’s a good idea to turn her “off” while she’s being dressed or played with, as it’s almost impossible to avoid touching her belly!

And there you have her! This is a charming and surprisingly detailed little doll, and at a retail price of $29.95 she has a fair amount of play value. It’s hard to say how much she would appeal to a child; it seems to me she’s more aimed at the collector market. I wish she had real undies and a more natural color of blond hair, and maybe less eye paint. But overall I am impressed with the level of detail on her outfit, and very pleased with her rosy cheeks, simple smile and lovely arms, hands, legs and feet. (In fact, her arms and legs are almost too pretty–I have the feeling she might be a Disney princess when she grows up!). The best aspect of this doll, of course, is her singing. The way she lisps “It’s a small wuld after ahl” slightly flat is guaranteed to make you smile. And the Dutch is even cuter! To me she has the cutest voice of the eight dolls in her collection, but I’d give second place to the Hawaiian girl (you can hear their voices at Disneystore.com). I wish I had a transcript of the adorable Dutch she’s singing! It really should be printed somewhere on her box.

These dolls are currently on sale in stores and online for $20.00, a savings of $9.95. I hope this doesn’t mean they’re disappearing from the Disney line, because there really is something special about them, in an odd kind of way. I’d like to collect at least the Hawaiian girl before they disappear.

And now here are a few last shots of our little singing Dutch girl (who has yet to choose a name) to say goodbye. I hope she’s made you smile!

I really am impressed by her pretty sleeves!

Such pretty arms and hands!

I hope I’ve made you smile! 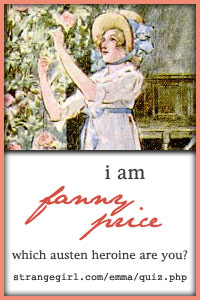